Not much knitting has been achieved this week. Sometimes the unexpected happens, and not always in a good way.  On Monday I managed to break my ankle by falling awkwardly in a dead faint. I thought it was a nasty sprain, having sprained my ankle before. By the end of Tuesday it was so painful, despite plenty of rest and icepacks, that next morning I went to the local hospital and got it x-rayed. The radiographer took one look at it and said ‘I think you’ve broken it, love’. As soon as he took the picture, he said, ‘Yes, it’s gone’. It was a spiral fracture of the fibula.

I’ve never fainted in my life, so the faint was the first shock. On top of that, it never occurred to me that I might have broken my ankle. That was shock no 2. How could it be broken when I walked on it, albeit painfully, for 2 days? Right after I fainted, I went to my doctor who was more concerned about the faint than the sprain. He didn’t even look at my ankle. If he had, he probably would have sent me straight to A&E.

Shock no 3 was Thursday morning at the Fracture Clinic in the main hospital, where the consultant looked at my x-rays. ‘This fracture needs pinning’, he said, ‘or you will get arthritis in the joint. We’ll do it today. When did you last eat?’ I couldn’t believe it. I had seen the x-ray and the bone wasn’t displaced, so I thought they would just re-plaster it and send me on my way.

Because I had eaten a banana at 9 o’clock, they would not operate until at least 3pm, so I was taken to a bed in a ward to wait my turn. I’m usually fit and well, so a hospital is an unfamiliar environment to me. Still reeling from the shock of my situation, I was a brave girl and waited patiently, trying to read the paper and swapping text messages with the OH. I had already seen 4 different doctors and 3 nurses, who were all terribly careful about taking my history and explaining the procedure. The anaesthetist marked a big black arrow on my knee pointing towards my ankle, which I found rather comical, since they could hardly do the wrong leg – as if the plaster and the black and blue swollen ankle underneath it wasn’t enough of a clue.  The battery on my phone was very low and 3 o’clock came and went and I was still waiting. My leg started to throb and I was suddenly very tired. I lay down on the bed and the tears came.

The nurse came to tell me it was time to get the dreaded gown on and found me a blubbering mess. Far from telling me to pull myself together, she kindly fetched me tissues. The theatre nurses were just as patient with me. ‘Are you feeling anxious sweetheart?’ But I wasn’t anxious about the procedure or the anaesthetic. I just couldn’t believe this was  happening. I didn’t much like the idea of pieces of metal being placed permanently in my leg, all because I had fainted – the very first shock of the week which still needs investigating.

I was processed very efficiently and very well looked after on the ward during the night. It helped that the lady in the next bed was friendly and talkative. She had just had her entire shoulder replaced. I realised that the other 4 women on the ward were also suffering much more than me, including a young mother who had broken both her legs and 3 ribs trying to reach her child. At least I had one fit leg to hobble on.

The surgeon came to see me and told me the operation had gone well. But it was essential that I rest with my leg elevated for 2 weeks. I was still under the impression that I could go to work on Monday, on crutches. He said absolutely not. If I put any weight on my injured ankle, I could undo all his good work. Get a sick note and stay at home. This was another blow. I work in a very small company and my absence for 2 weeks or more would be hugely inconvenient. I started to think about contingencies and how much work I could do from home.

Back at home, our entire routine has changed. I can’t walk very far, or stand for very long. I can’t carry things around as I don’t have free hands. I can’t drive. Getting up and down the stairs is tiring and I’m scared of losing my balance. OH has had to take over all of the shopping and housework. During my first night back at home, the hospital drugs wore off completely and I woke at 5am thinking I was being stabbed in the ankle. The pain was very frightening and I screamed at the OH to fetch my painkillers. No-one had warned me it would be this painful after the operation, but I’m glad they didn’t. Now I understood why they fed me painkillers every 4 hours and gave me a large stock to take home with me.

Writing this has helped me to process the shock. Thank goodness for blogging! Slowly I am getting stronger. The weather is beautiful and I am surrounded by my hot, sleepy, snuggly cats. 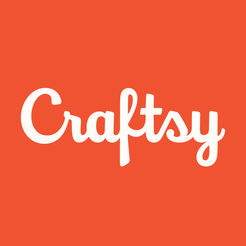